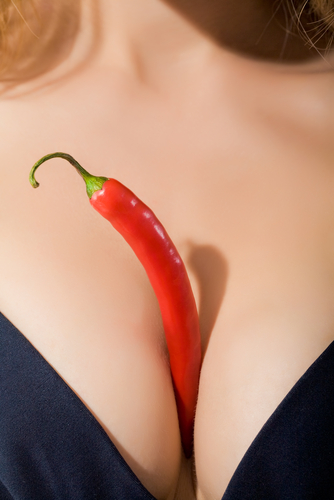 “The Story of O”: Originally this was published under the pseudo nom of Pauline Reage in 1954 in France. At the time because of the S&M content and the general sexual explicitness it was assumed to have been written by a man; an indication of how regressive general attitudes towards women were at the time and the notion that women could be sexually imaginative. The notoriety served the book well and at one point it was the highest selling book in translation in the US.

To the contemporary eye it is obviously written by a woman because of the amount of historical research and detail that has gone into the description of the medieval type costumes and décor – the costumes themselves are erotic (think McQueen meets Dita von Teese).  I had the honour of meeting and interviewing the author in the 1990s (she is now deceased) I knew her as Dominique Aury, although Wikipedia claim this too was a pseudonym and that her actual name was Anne Cecile Desclas. She was a charming and very attractive woman in her late eighties, elegant and understated. One had the impression she was both bemused and still a little stunned by the success and legacy of the book. She worked as a librarian and actually did have a degree in mediaeval poetry and had written the book as a love letter to her married lover, the famous editor of Jean Paulhan as a means to reinspire him sexually. She had no intention of publishing, but he persuaded her and it went on to become a huge international best seller and arguably one of the most notorious books of the twentieth century.

“Justine”,  “Juliette” and “A hundred and twenty days of Sodom” by the Marquis de Sade: An 18th century aristocrat imprisoned on counts of both sodomy and insanity, this erotica is not for the faint-hearted. It goes places that make American Psycho look tame. However, it is very sexy, atmospheric and worth wading through the now arcane language. Rather a study of a very bright man whose psyche has been hijacked by sexual obsessiveness.  A film – Salo – was made based on 120 days of Sodom, made in 1976, directed by Pasolini. In those days you tended to see more people making love on screen than killing each other!

“Fanny Hill – A Woman of Pleasure” by John Cleland: Actually written in 1748, the story of an innocent 18th century virginal orphan tricked into prostitution. This is one for the historical readers amongst us. Again, the themes of wealthy men imposing their sadistic ways on poor young women might seem a tad familiar, but Fanny Hill is also quite manipulative herself…

Promo of Picture This - latest thriller

"The Story of O": Originally this was published under the pseudo nom of Pauline Reage in 1954 in France....
View all videos